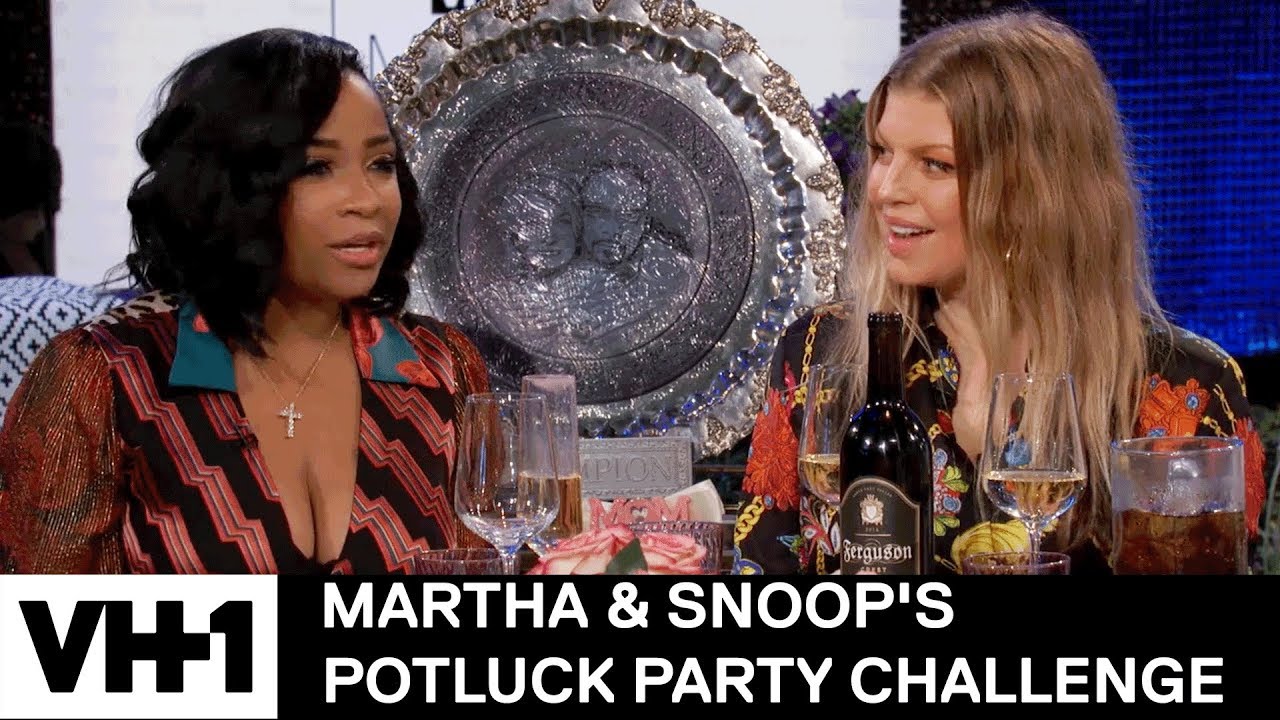 Cooking
Share on Facebook
Share on Twitter
Share on Pinterest
Share on LinkedIn
Catch up on these exclusive moments from Martha & Snoop’s Potluck Party Challenge! Snoop takes a walk down memory lane and revisits the moment he first discovered his love of smoking marijuana. Plus, Snoop, Fergie and Toya Wright recall dishes their mothers and grandmothers made, and Jessie T. Usher remembers the one time he misbehaved as a child.

Martha Stewart and Snoop Dogg are going head to head in the kitchen on their Emmy-nominated cooking show. Joined by celebrity teammates and judges, the hosts battle it out for the Potluck Party Platter prize in themed culinary challenges, including a 4/20 munchies chowdown, a Father’s Day feast and a Friendsgiving face-off. With dinner guests like Matthew McConaughey, Tiffany Haddish, Octavia Spencer and Jimmy Kimmel, there’s never a dull moment at one of Martha and Snoop’s potluck parties.