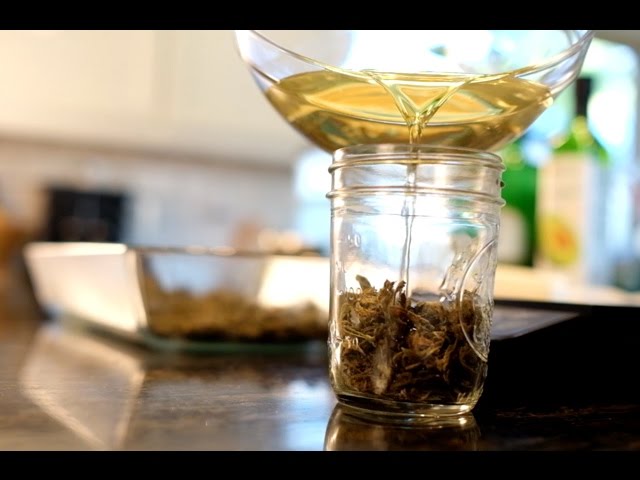 Since cooking with cannabis always comes down to infusing fats with THC, Elise and marijuana chef Payton Curry compared butter, olive oil, avocado oil, coconut oil and bacon fat to see which was the most efficient medium for making edibles.

Each fat was infused with the same amount of pot. And, each was heated the same way. After being poured in Mason jars with 3.5 grams of cannabis, each medium was placed inside an immersion circulator, which uses water to heat the fat. This method also eliminates odors – a stealthy benefit for those living near nosy neighbors or with roommates.

After each fat was infused over a period of four hours, a sample of each was sent off for lab testing to determine which best absorbed THC.

You can see the results of the Fat City experiment at: hightimes.com/read/which-fat-absorbs-thc-best