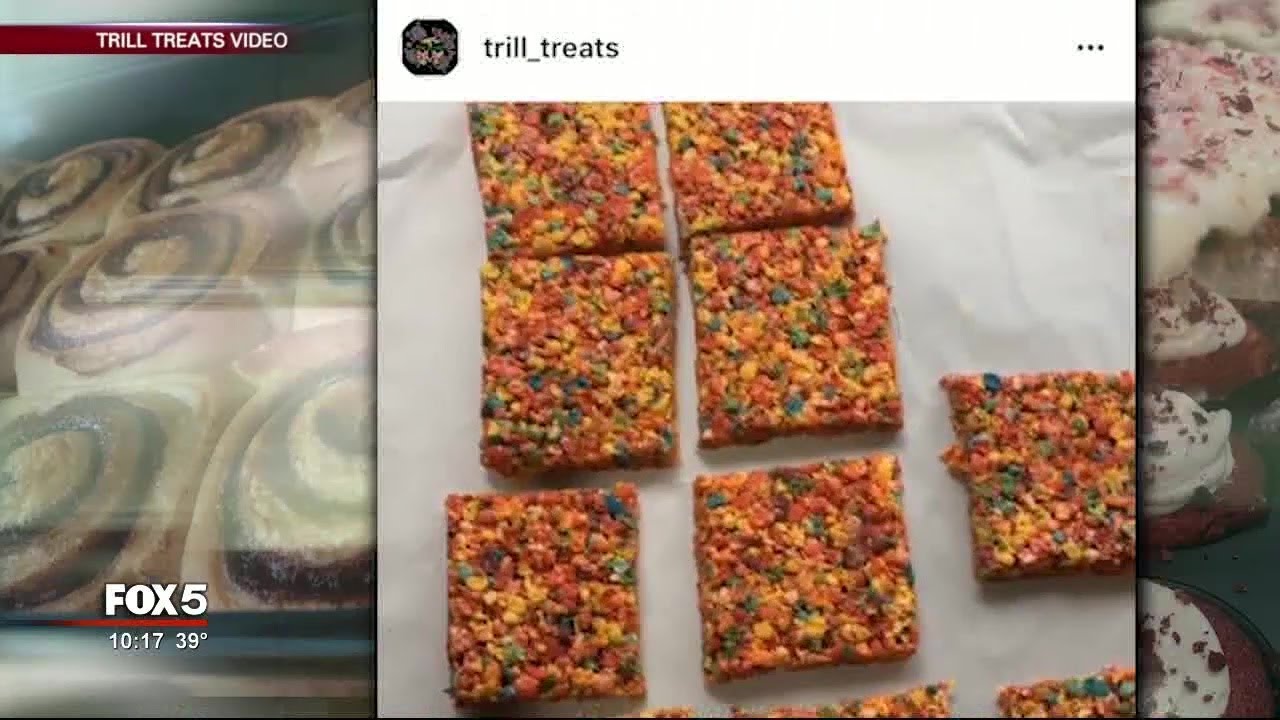 But Trill Treats is not the only game in town. In fact, authorities admit this kind of crime is spreading.

In September, two men shot to death Steven Mayer, stealing cash and boxes of pot-laced brownies from his Lithonia home.

In April, kids at two different Rockdale County schools were hospitalized after eating pot brownies offered to them by other students.

And just this month, Addae Simmons is busted by Douglasville police after a FOX 5 I-Team hidden camera investigation caught him running an edibles manufacturing and delivery service out of his Fairburn home. An undercover FOX 5 employee bought a dozen brownies that tests later revealed had high levels of THC, the active ingredient for marijuana. The lab turned over the brownies and the test results to police.

Later, an undercover Douglasville police officer made his own buy. Suddenly, uniform officers converged on the location, taking Simmons into custody. A helicopter had followed him from his home to see whether he made any earlier deliveries.

In our encounter with Simmons, he admitted his operation, which he named Trill Treats, was already successful.

According to his Trill Treats Instagram page, the 19-year-old entrepreneur is quite the baker. Quite the salesman. That FOX 5 I-Team employee became one of his 4100 followers and, just like Douglasville police, was able to see samples and the price list for his product line.

Brownies. Fruity pebbles. Cinnamon toast crunch. All specially-baked treats guaranteed to get you “geeked.” He even posted a video of what appears to be bags of marijuana and ingredients needed to start the baking process.

Our findings left some local high school parents frantic about their children’s safety.

“All of this stuff is going on up under the teachers and the principals and the security guards and the police officers that are there on the grounds,” stressed one of three parents we interviewed.

We agreed not to use their names. They say their kids told them they bought marijuana-laced treats from Simmons. One girl wound up in the hospital after eating too much.

It’s not just Trill Treats that’s to blame. Authorities say the drugs are getting into schools in other ways, too.

“Never to this day that I would have ever imagined that now we’re worried about edible drugs,” sighed Rockdale County sheriff Levett.

For a sheriff who started off his career as a school resource officer, this new form of drug trafficking is alarming.

“What was your reaction when you heard they were that young?” I asked.

“It was very alarming because if it can get in the middle schools, then it can get into the hands of the elementary schools,” he worried.

Meanwhile, the mastermind of Trill Treats remains in the Douglas County jail without bond. He faces three felony counts in Douglas County and two more in Fulton County, accused of operating a drug manufacturing business from the Fairburn home he shares with his parents.

When contacted at her office, his mother wouldn’t answer whether she knew what her son was doing.

“I’m not at liberty to talk right now,” she said, promising to call back later. She did not. Simmons’ father did not return a message left at his work.

Since Simmons’ arrest, that Trill Treats Instagram account has disappeared, but not before allowing investigators to see how a 19-year-old put together his own thriving business. From manufacturing to packaging to marketing, sales and delivery.

Right up until the day police decided his last sale… was final.